I tried to be more unbiased with this, but there really isn’t much in the way of fact, much less cartoons supporting the idea that massive business or giant profits do anything but reduce jobs.  One cannot be unbiased if the truth itself is biased.

The more I read, the more the debate seems to say “small business vs big government for job creation.”

In reality, every single shred of actual evidence and logic support the notion that it is new- and growing mid size business that create economic growth. That’s right, it’s more about the business being new and on the rise than anything, and that once it’s big enough to shut down competitors. McDonalds and Wal Mart really are evil, but tiny face single business., stabilizes jobs and business outflow, but doesn’t really create new jobs.  Go figure, new jobs in the form of new businesses; and businesses expanding are where new jobs come from. No shit, right.

See, the theory was that businessmen and women, being so admirable and better than the rest of us would convert a billion dollar profit into jobs and more jobs. It is still the dogma that greed alone drives the economy, despite facts contradicting that notion at every step. It actually turns out, that the more successful a business is, the less it helps the overall economy in most cases, and has a net result of reducing wages and jobs.

I’ve been saying for a long ass time that wages and jobs create jobs (because they result in workers with expendable income), not profits.

Does jobs growth come from higher profits or wages?

The Surprising Truth About Where New Jobs Come From 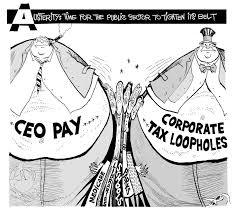 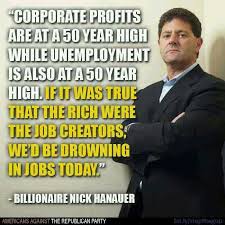 Now this one, this says a shit load fuckers. 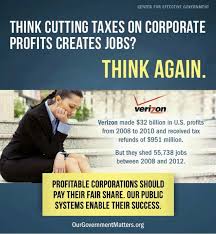 Happy birthday to Mr Frank J. P. Quite possibly the best man I have ever known. May you outlive the kings of insect & animal evolution my friend!